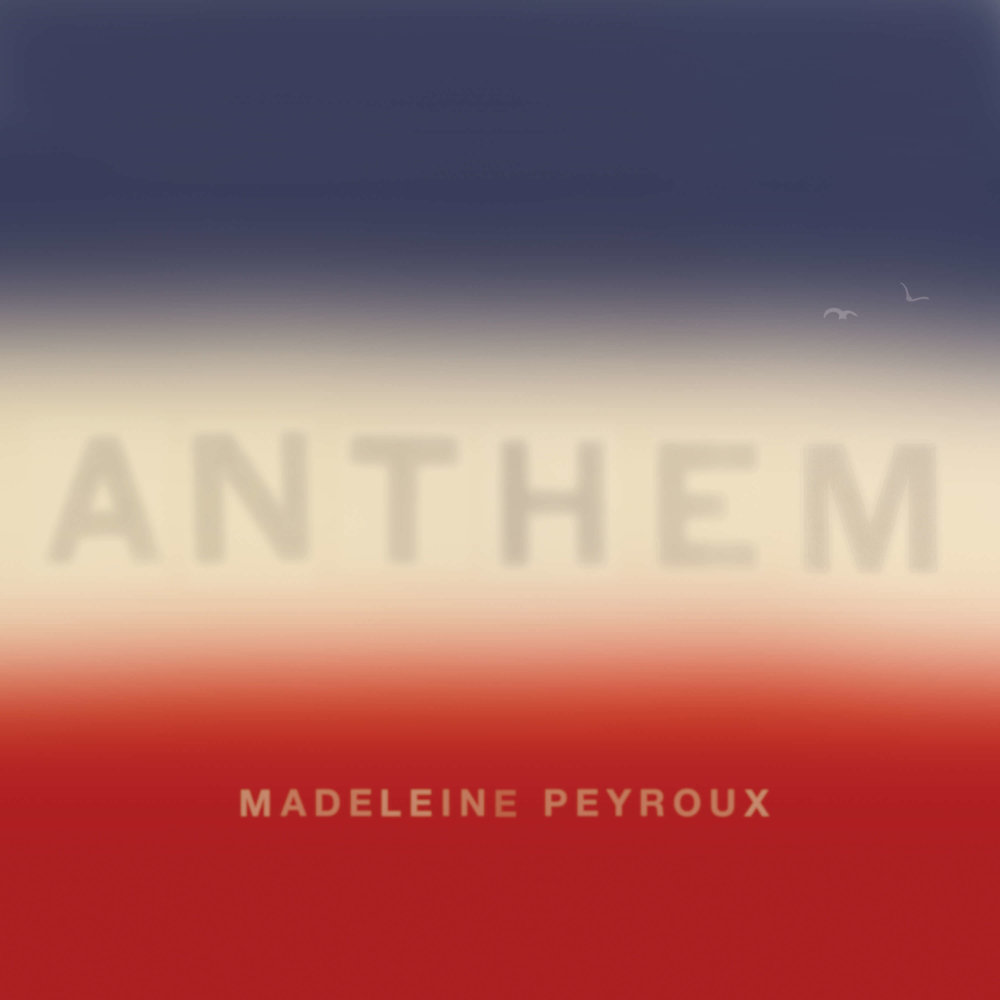 Eight albums and 22 years since her debut Dreamland, Peyroux continues to challenge the confines of jazz, venturing into the fertile fields of contemporary music with unfading curiosity.

Produced and co-written by Larry Klein, the album came to life during the pivotal 2016 US elections, with the writers absorbing a “constant stream of news” over many months. The “consciously not too preachy” songs, fuse Peyroux’s, at times political outlook, with glimpses into her personal world. Honed and patiently refined with fellow writers they mix the public with the personal, striking that perfect equilibrium of dark humour and compassion.

Anthem is an album born out of the team being “together in one room, musing over world events and letting personal experiences spark ideas”. David Baerwald’s sadness over the passing of poet John Ashbery, ignited thoughts of much admired figures lost over the years and paved the path for All My Heroes. Baerwald’s loss gave rise to feelings of awe at these figures’ trailblazing ability to guide and “light fires in the shadows”, but also brought to light their very human vulnerability.

Inspiration for the evocative Lullaby, written by Baerwald, Klein, MacLeod, Peyroux and Warren, came from “the image of a solitary woman in the midst of a vast open sea singing to her child, or possibly herself, as she faces the chasm of the world.” With engaging empathy, the song paints a haunting picture of the displaced person’s desperation, as she is tormented by memories of “a time before the war”, in a boat paddling towards the unknown.

Anthem weaves the colourful stories of people confronting life's challenges in a multitude of ways. With pathos and a hint of irony it laments over financial tribulations in Down On Me, speaks of disappointment and unfulfilled dreams in the bluesy Ghosts of Tomorrow and delivers a scathingly poignant social commentary in The Brand New Deal. Coming ten years after Bare Bones, the singer-songwriter’s previous album of original songs, Anthem finds Peyroux wiser with finer articulation powers. Inspired by her idol Leonard Cohen’s ability to “suffer for the work, but still present the listener with just a friendly thought”, Peyroux sends a spiritual but clear message of hope, optimism and resilience in the face of a turbulent reality.

Soon becoming Peyroux’s “personal anthem”, Cohen’s soulful masterpiece “tied together all the stories on the record”, with uncanny relevance and topical worldly observation.

It was Cohen’s astonishing ability to tap into the human psyche and “make you think about things without forcing you into it”, that was the underlying thread throughout the project, leading to a more fluid style of writing, “that is about saying something rather than saying everything.”

Anthem’s lighter tunes include On My Own and On A Sunday Afternoon and 70’s sounding Party Tyme which “has some darkness to it.”

A key track on the album is Paul Eluard’s poem Liberté which came to Peyroux’s attention when a family friend requested she contribute a song to the documentary On the Tips of One’s Toes (Sur La Pointe des Pieds), telling the story of her gravely ill son and the family dealing with his fatal illness (Duchenne Muscular Dystrophy). A well-known poem in France and recently set to music by French rocker Marc Lavoine, “Liberté was already in the air following the Paris terror attack”. It came up for Peyroux and Klein as they were trying to put music to a sequence in the documentary showing the young boy going on daily outings and activities. It evoked questions about the parents’ ordeal of “living with the knowledge that their son will not live a full life”, and triggered thoughts of “life’s greatest questions about mortality, overcoming adversity and man’s place in the grand scheme of things”.

The 21-verse poem was edited down to fit the album’s format and its stanzas adapted, before Peyroux and Klein wrote their original composition. Delivered in French and encompassing the entire human experience, Liberté begins with the lines “On my school notebooks, On my school desk and the trees”, to convey the essence of childhood and growing up. It goes on to touch on adulthood, romantic loneliness, and the many facets of human life, before finally speaking of illness, death and recovery. “With every verse Eluard mentions different places, imaginary and real where he would write 'the name’ but the name itself remains a mystery until the all revealing last line “I was born to know you, To name you, Liberty”. Under Klein’s sensitive production, the arresting poem assumes an enchanting folksy simplicity, with only Klein’s acoustic guitar and Warren’s atmospheric synth strings to accompany Peyroux’s mesmerising voice.

Anthem is Peyroux’s “biggest project to date”, with the artist investing many months of hands-on involvement in the studio, “exploring processed sounds and editing in post tracking. Special in that it was written with the group of musicians/writers who also played on it, “this album was about discovering the original songs as they were being recorded” and mastering the courage to “let the songs choose their own path.” The new album includes several songs bearing Peyroux’s distinctive, instantly recognizable style including On My Own and Sunday afternoon, but Anthem’s spirit was that of exploring new styles whilst resting safe in the knowledge that “if you are loyal to yourself, there should always be a thread running through your music.”

Come to, the day is new, hit the floor, crack the door and what do I see?
Strange kid standing there, Who is that in the mirror — Could it be me?
Someone opens the bedroom door, somebody wanders the hall
someone’s crossin’ my kitchen floor. Wasn’t there somebody I loved
who lived here before?

Ah! What am I missing here? Ah! Something has disappeared
Cause I’m all alone like a leaf that’s blown into the great unknown
On my own

Stumbling down the stairs, run my hands through my hair
What did I say that night?
Old friend weren’t you with me then promising to hold me tight
Outside where the day is bright but nothing is real
I wander the city streets trying to remind myself how it felt to feel

Ah! What am I missing here? Ah! Something has disappeared
Cause I’m all alone like a pebble thrown into the great unknown
On my own

Ah! Something is missing here Ah! Something has disappeared
Cause I’m all alone like a bird that’s flown into the great unknown
On my own
The rhythm of everyday life propels us through constant change until a moment of epiphany, such as waking up disorientated, the feeling of deja vu, any virtual slap in the face. Suddenly, old ways of thinking are no longer tenable. So we adjust our perspective, especially on ourselves, at which point comes the crucial decision to carry on.

My job’s gone missing, insurance is a fail
Credit cards stopped coming, my attorney’s in jail
Just broke a law I never heard of before
Landlord thinks I’m made so he bust down my door
Used to think I was pretty damn smart
smart enough to see I’m falling apart
I keep going down down down
It’s all coming down on me

I remember back in Waikiki
Doing the Limbo by the sea
“How low can you go?”
the cabana boys teased
Now I’m down on my knees

Can’t keep this up But I hear it’s worse to stop
If I dry out lay me to rest at the corner coffeeshop
I don’t feel brave And I don’t feel free
my only chance at winning is in the lottery
Used to see myself above it, Set myself apart
Now I’m stealing mini-vodkas from the Mighty Mart
I keep going down down
It’s all coming down on me

Sally had a cigaret she wanted a doob
Bob said “you’re an addict.” Sally said “well, that’s true.”
Bob said “Sally, tell me, What’s so frightening to you?”
“Well, just being in this city and sitting here with you.”

Outside the dogs are fighting There’s screaming in the dark
The sound is terrifying — it puts me into shock.
My fears start taking over and growing on my mind
Then the nurses bring more medicine and I lose track of time

“I’m a little concerned,” Bob said, “because it seems to me
you really ought to integrate your personalities.”
Then Sally said, “But if you listen, Bob, I’m sure that you’ll agree,
sometimes there’s sense in madness and none in sanity!”

Party all the Time!

I can't run no more with that lawless crowd
While the killers in high places say their prayers out loud
But they've summoned, they've summoned up a thundercloud
And they're gonna hear from me

Ring the bells that still can ring
Forget your perfect offering
There is a crack, a crack in everything
That's how the light gets in

You can add up the parts You won't have the sum
You can strike up the march There is no drum
Every heart, every heart to love will come
But like a refugee

Ring the bells that still can ring
Forget your perfect offering
There is a crack, a crack in everything
That's how the light gets in

Here I am awake in a wilderness of lies
Trying to assemble a suitable disguise
Bleary eyed and seeking a sign I recognize
Someone I can count on to be there as my guide
All my heroes were failures in their eyes
Losers, Drunkards, Fallen saints, and Suicides

I feel a fever break underneath my skin
The earth begins to shake, trees bending in the wind
The world is always changing It’s changing in my sleep
For the first time I am praying for my soul to keep
All my heroes were rebels on the run
Plagiarizers, Vagabonds, Vagrants every one

What am I to do, where am I to go?
How am I to pay the debts that I still owe?
How am i to shift and rise above the tide
How am I to live without them by my side?
All my heroes were smaller than they seemed
Malcontents, Dreamers, Ghosts in the machine

On A Sunday Afternoon

Oh, yeah It’s a Sunday Afternoon
Got Cap’n Crunch and Reefer and old cartoons
When I get up tomorrow It’ll be too soon
We’re lazing on a Sunday afternoon

Yes, it’s fun when you’re young beneath an innocent sun
And the unicorns play in the fields
And your Daddy drives slow with his Cadillac soul
His big strong hands on the wheel
And life is a dream of serene machines that all seem to care how you feel
But then you grow up and it’s never enough
And money’s just something to steal
It’s every man for himself so grab the wealth
Feel the poor under your heel
It’s a brand new deal 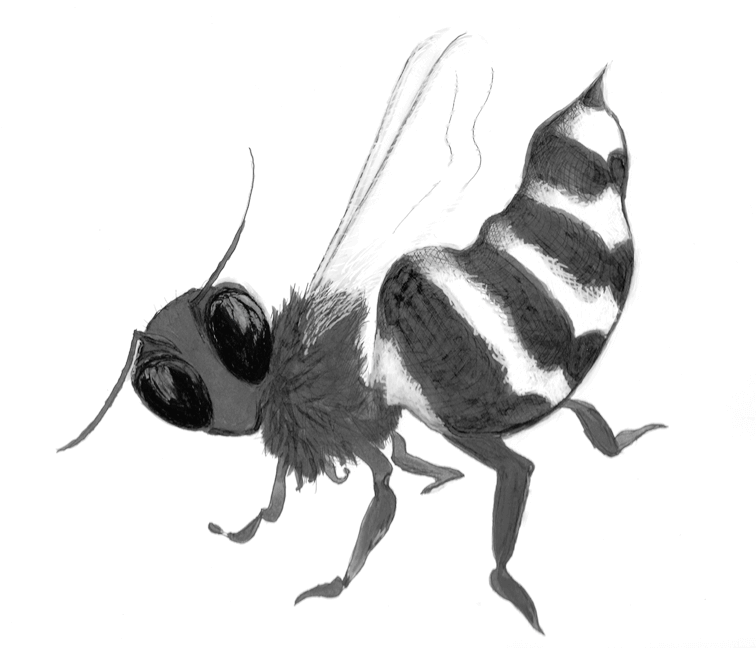 I asked him please show me the way to his field of flowers by the bay
But he would not let me follow behind until I danced with a different mind
He said: You’ve got to dance
You’ve got to share romance
If you're going to a honey party

And I woke up behind the sky in the arms of a man with a golden eye,
the place a-buzz with every kind of sweet love, laughter and honey-wine
And I did dance
I did share romance
And I know about the honey party

The Ghosts of Tomorrow

Now I never watch the time
But time is watching me
I’ve had enough of running from my memories If I stay here I’ll be one
Of the ghosts of a tomorrow
that never comes.

The times are changing and tensions are rising,
But fear can never be our guiding light
I’m not a fool, I know what hate is disguising
And only love can bring the will to fight